By moving or building a lot of rubble, scraps, litter can pile up, and you want to get rid of it immediately, wouldn’t like to collect it in the

Do you know how much rubble and scraps can pile up even int he case of a simple building? It doesn’t rarely happen, because everybody has to live

Plied up building scraps can be easily dispatched by ordering container from us. Container made of steel will be delivered within short time from

Biatorbágy is a town in Pest county, directly in Budaörs’s area. Population has benn growing since the change of regime, which now accounts for

Páty is a village in Pest county. In the neighbourhood in 4 kms distance, you can find Biatorbágy, from where Tatabánya and Budapest are easy to

Plied up building scraps can be easily dispatched by ordering container from us.
Container made of steel will be delivered within short time from ordering.

It’s not a sight for sore eyes to see scraps and rubbles everywhere in the garden, even in the bottom of the trees, when opening the door. You can not even go straight through your garden without stumbling through the humps. All you can see is mess and building rubbles all round the house and int he garden. You are completely fed up with the view, so it is time to solve the problem.

But how can you dispatch it?

The answer is simple, container order in Budaörs, that day within 2-3hours from ordering.

It’s time to get rid of rubbles and scraps for good. You don’t have to worry about it anymore, just call us.

After ordering we also dispatch the loaded container. You can use our container free for a fee.

If you need a container, don’t hesitate, call us!

Budaörs (German:Wudersch) is a town in Pest county, in Budakeszi district. It belongs to Budapest’s region. On the South run M1-M7 highways, but the town can be reached by other public transport too.

The name originates from the name of one of the Kabar tribes, called Örs. It was mentioned as Ewrs ina document dated from1236, later in 1282 it was called Kechkewrs.

The first public airport was open here in 1935. Between the two World Wars peach production and retail trade was prospering, ensuring the living for residents. Fruit was delivered to Austria from cold-storage built next to the railway station.

After the War traffic became faster due to the highways between the capital and the West. After the change of regime Budaörs boomed.

The town is also known as the gate of the West. There are a lot of shops and chains with multi or special range of products.
Today Budaörs is the richest town of the country. 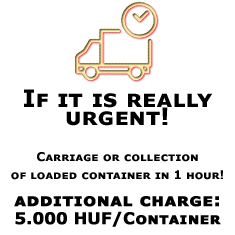 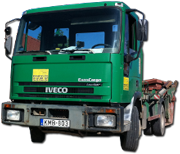